Enter for your chance to win!

Smiggle, the world’s hottest stationery brand, was born in 2003. The ultimate creators of colourful, fun, fashion-forward stationery. The first Smiggle store opened in Melbourne, Australia and word spread fast about the bright pens, notebooks and gadgets that filled a tiny, but very special place.

The concept took off and the company soon hit 20 stores, where it caught the eye of the Just Group - Australasia's most exciting fashion & apparel retailer. Smiggle joined the Just Group in August 2007 and has not looked back since!

In 2008 Smiggle jumped the seas and opened its first international store in New Zealand. In 2011 Smiggle expanded into Singapore, and in 2014 Smiggle opened its doors in the UK, and in 2016 smiggle says hello to malaysia and hong kong! It's all part of the grand plan to be the world's most exciting and famous stationery brand.

For your chance to win a School Bundle by Smiggle

Your form message has been successfully sent.

You have entered the following data: 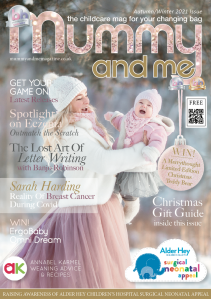 Recommend this page
© Mummy and Me Magazine